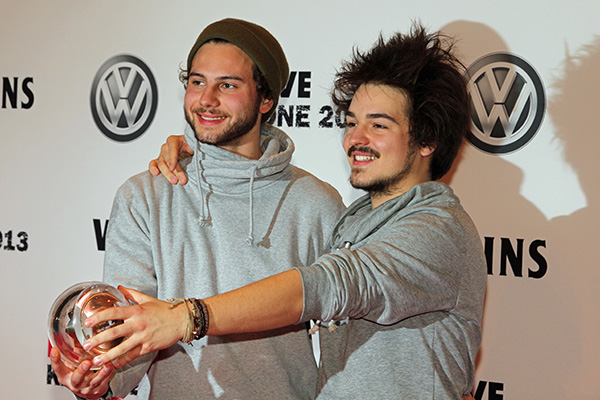 After having already won a „crown“ (name of the award) for the „Best Single“ in 2013, Milky Chance have now again the opportunity to obtain a price at the biggest German radio award.

“Another crown would be great, because we are two of us and then we have two ones”, is their statement which can be found on the official homepage of the radio station. They are certainly not wrong with that. Click here to vote and help them to no longer share their crown.

The 1Live Award will take place on 4th December at the Jahrhunderthalle of Bochum. Fans can vote until this date.